The typical symptoms of FVR and Calicivirus involve the nose, throat, and eyes, and include sneezing, nasal congestion, conjunctivitis (inflammation of the tissues that line the eyelids and surround the eyes), excessive blinking, squinting, and discharges from the eyes and nose that range from clear and watery to thick and purulent. The virus may also cause keratitis, or inflammation and infection of the cornea, leading to corneal ulcers. In chronic or severe infections, the keratitis can lead to corneal scarring or chronic 'dry eye'.

In addition to these typical symptoms, cats with a Calicivirus infection often develop ulcers on the tongue, hard palate, gums, lips, or nose. Some cats with Calicivirus can develop signs of systemic disease including fever, lethargy, joint pain, and symptoms of multiple organ disease.

Feline panleukopenia (FP) is a highly contagious viral disease of cats caused by the feline parvovirus.

The FP virus causes damage to the cells that line the intestines. It also attacks the bone marrow and lymph nodes, resulting in shortages of all types of white blood cells (panleukopenia) and of red blood cells (anemia). The first visible signs an owner might notice include generalized depression, loss of appetite, high fever, lethargy, vomiting, severe diarrhea, nasal discharge, and dehydration.

Pregnant female cats that are infected with the virus and become ill (even if they do not appear seriously ill) may abort or give birth to kittens with severe damage to the cerebellum, a part of the brain that coordinates nerves, muscles and bones to produce body movements. These kittens are born with a syndrome called feline cerebellar ataxia, and their movement is accompanied by severe tremors.

Rabies
This vaccine is administered as a single dose between 12 weeks and 6 months of age. 18 Weeks is preferred at Countryside. After an initial 1-year vaccine is given, many products can then be given every 3 years.

Rabies is a deadly virus spread to animals and people from the saliva of infected animals, usually through a bite. Rabies presents in two forms. (1) The Furious form, in which extreme aggression is seen. (2) The Dumb form, in which the animal experiences difficulty swallowing and progressive paralysis.

There is no current treatment for animals that become infected with Rabies. Prevention is key.

Feline Leukemia "FeLV"
This vaccine is administered as an initial dose as early as 8 – 12 weeks of age, with a second dose administered 3-4 weeks later.

FeLV vaccination is highly recommended for all kittens, regardless of indoor or outdoor status, however, booster inoculation is recommended only in cats considered to be at risk of exposure (outdoor cats, or cats in homes that foster a high rate of untested shelter cats).

It is important to screen kittens and cats for FeLV and FIV (feline immunodeficiency virus) prior to vaccination with a simple blood test that can be run at Countryside.

FeLV is a contagious viral disease in cats. FeLV is the most common cause of cancer in cats, may cause various blood disorders, and lead to a state of immune deficiency that hinders a cat's ability to protect itself against other infections. 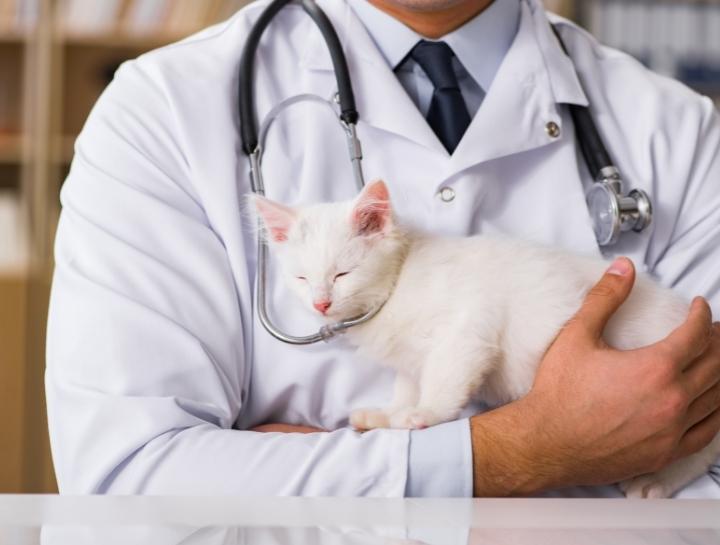