This vaccine protects against Distemper, Hepatitis, Parainfluenza, and Parvovirus. Vaccination can begin as early as 6-8 weeks of age and is administered at an interval every 2 to 4 weeks until 18 weeks of age. After completion of the initial puppy series, this vaccine is then generally given 1 year later, then every 3 years.

Canine distemper is a contagious and deadly disease caused by a virus that attacks the respiratory, gastrointestinal, and nervous systems of puppies and dogs. Symptoms can include cough, fever, vomiting, diarrhea, anorexia, thickening of the paw pads, paralysis, and seizures. Infectious Canine Hepatitis (ICH) is a viral infection that affects the liver. Signs of infection can range from a slight fever and congestion of the mucous membranes to severe depression, a severe reduction in white blood cells, and a deficiency of blood clotting.
Parainfluenza is a highly contagious viral respiratory infection that can be a component in infectious tracheobronchitis, commonly referred to as kennel cough.

This vaccine is administered as a single dose between 12 weeks and 6 months of age. 18 weeks is preferred at Countryside. After an initial 1-year vaccine is given, many products can then be given every 3 years.

Rabies is a deadly virus spread to animals and people from the saliva of infected animals, usually through a bite. Rabies presents in two forms. (1) The Furious form, in which extreme aggression is seen (2) The Dumb form, in which the animal experiences difficulty swallowing and progressive paralysis. There is no current treatment for animals that become infected with Rabies. Prevention is key.

A single intranasal dose is administered generally between 8 and 16 weeks of age and is given every 6 months at Countryside. Bordetella is a bacterium that is commonly associated with respiratory disease in dogs that causes kennel cough, or infectious tracheobronchitis.

Two doses, administered 2 to 4 weeks apart, are needed to complete the initial series and may be given as early as 8 to 9 weeks of age. Following the completion of the initial series, this vaccine is then administered yearly. Leptospirosis is a disease caused by infection with Leptospira bacteria. These bacteria can be found worldwide in soil and water and are most commonly transmitted through wildlife urine.  There are many strains of Leptospira bacteria that can cause disease. Leptospirosis is a zoonotic disease, which means it can be spread from animals to people.

Signs of leptospirosis may include fever, lethargy, increased thirst, changes in the frequency or amount of urination, dehydration, vomiting, diarrhea, loss of appetite, lethargy, jaundice, or painful inflammation within the eyes. The disease can cause kidney failure, liver failure, and in rare instances, bacterial endocarditis. Dogs may occasionally develop severe lung disease and have difficulty breathing. Leptospirosis can also cause bleeding disorders.

Lyme disease is caused by a spirochete bacterium called Borrelia burgdorferi, which is transmitted through the bite of the deer tick (also known as the black-legged tick).

Symptoms can include fever, lethargy, shifting leg lameness/joint pain, anorexia, and in rare cases, kidney disease. In addition to vaccination, consistent and year-round use of a flea and tick preventative, as well as screening and removal of ticks from your pet after walks outside will help reduce the incidence of tick-borne disease.

Canine influenza (CI), or dog flu, is a highly contagious viral infection affecting dogs. Mild signs are most often seen and include a persistent cough and nasal and ocular discharge that can last for several weeks despite antibiotics and cough suppressants. More severe signs can develop and include fever and pneumonia from secondary bacterial invaders. 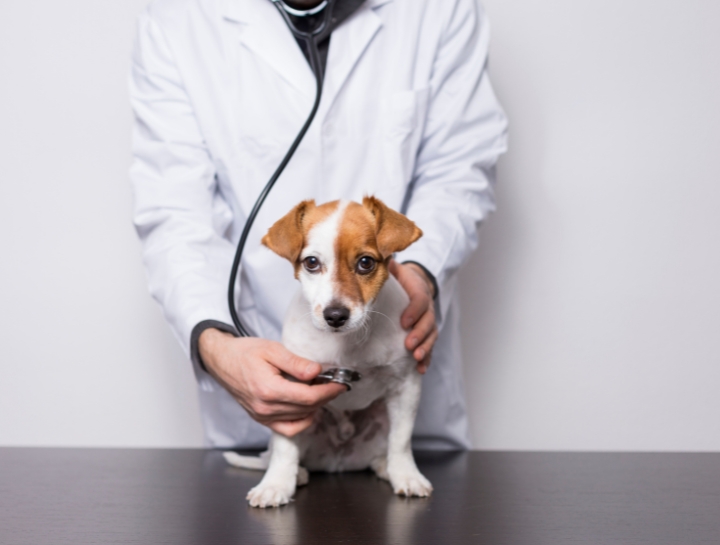